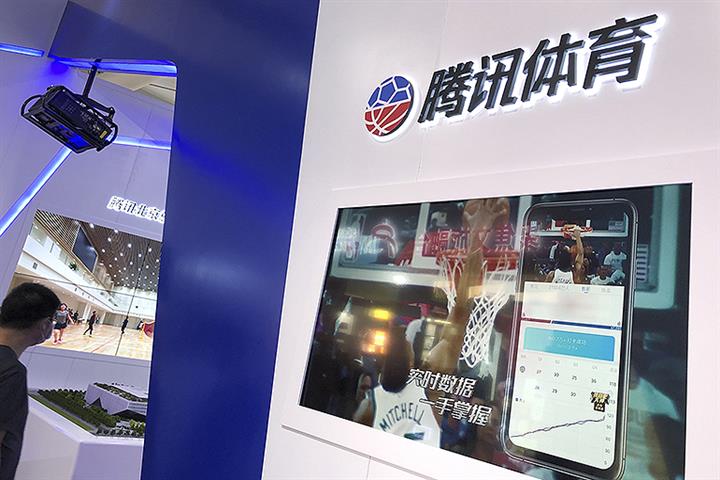 (Yicai Global) May 20 -- Chinese internet giant Tencent Holdings is reported to have disbanded a number of its sports business units.

As part of a revamp, Tencent abolished six major units, including the soccer and basketball operations group, citing changes in the external market environment and a necessary business reorganization, The Paper reported today, citing an internal company notice.

Apart from those two groups, the Shenzhen-based firm also shut four others: the comprehensive business group and big projects center, marketing center, product center, and platform research and development center, the report said. It did not reveal the scale of the staff layoffs involved or any other details.

Tencent has rolled out cost-control measures and adjusted some non-core businesses, which will help it achieve a better cost structure, founder and Chief Executive Pony Ma said in the company’s first-quarter earnings report published on May 18.

In the three months ended March 31, revenue was unchanged from a year earlier at CNY135.5 billion (USD20 billion) and net profit plunged 51 percent to CNY23.4 billion (USD3.7 billion), as tighter market regulation ate into Tencent’s income from gaming and advertising.