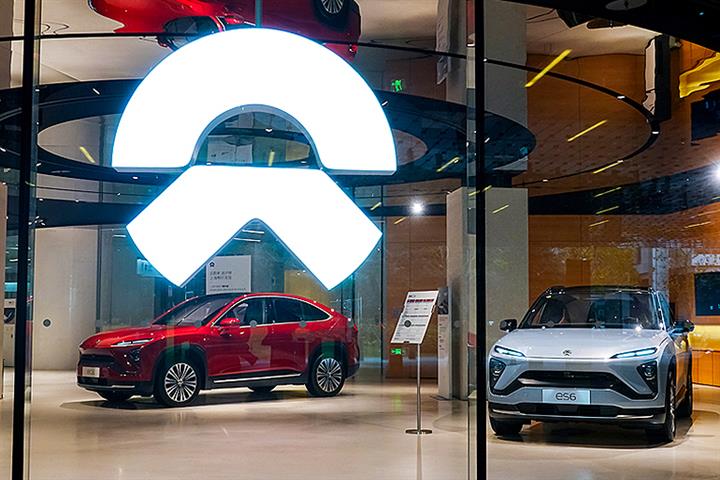 (Yicai Global) April 11 -- Mirroring other carmakers such as Tesla, BYD, and Xpeng Motor, China’s Nio will raise the prices of some of its electric vehicles due to skyrocketing raw material costs. The company also said it has temporarily ceased car production, as Covid-19 outbreaks in China have affected its supply chain.

The company halted vehicle production because operations at suppliers in Shanghai as well as Jilin and Jiangsu provinces have been disrupted by Covid-19 outbreaks, it announced on April 9. The delivery of recently purchased cars will be delayed as well, Nio added.

Xpeng, WM Motor Technology, Leapmotor Technology, and about 20 other Chinese carmakers have announced price increases on nearly 50 EV models so far this year because of higher raw material costs. US-based Tesla raised the prices of its China-made vehicles three times in March. Car and battery maker BYD has hiked them twice since the beginning of February.

Nio said last month that it was likely to roll out the 2022 edition of the ES6, ES8, and EC6 and would raise its car and battery prices in late April to guarantee better performance, according to The Paper.