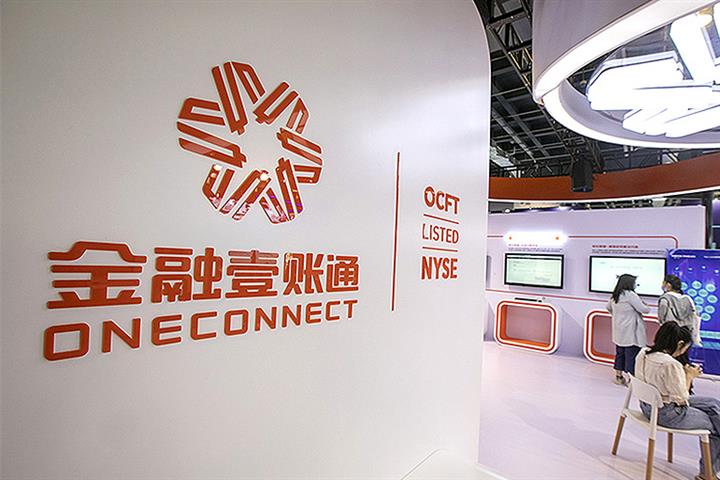 (Yicai Global) Aug. 18 -- OneConnect Financial Technology has elevated its chief executive officer, who has worked for the fintech arm of Chinese insurance giant Ping An Insurance Group for less than a year, to chairman.

He replaces Ye Wangchun, a founding member of the company, who is stepping down due to personal reasons. The 67-year-old served as chairman and CEO from December 2015, but handed over the CEO role to Shen last October. Ye was the force behind the company’s listing in New York in 2019 and its secondary listing in Hong Kong last month. He will remain as executive director.

52-year-old Shen is the former president of corporate software developer Kingdee International Software Group, where he worked for over 20 years, before he joined the technology-as-a-service provider.

OneConnect has not been profitable since it separated from Ping An in 2015. The company’s losses narrowed nearly 30 percent in the second quarter from the same period last year to CNY245 million (USD36 million), according to its latest financial report released yesterday. Revenue climbed 17.2 percent to CNY1.1 billion (USD161.9 million).

“We achieved another quarter of steady revenue growth and at the same time, largely improved the adjusted net profit margin,” Shen said in the report. Despite the Covid-19 pandemic, OneConnect is still seeing strong demand from financial clients for digital transformation products, he added.