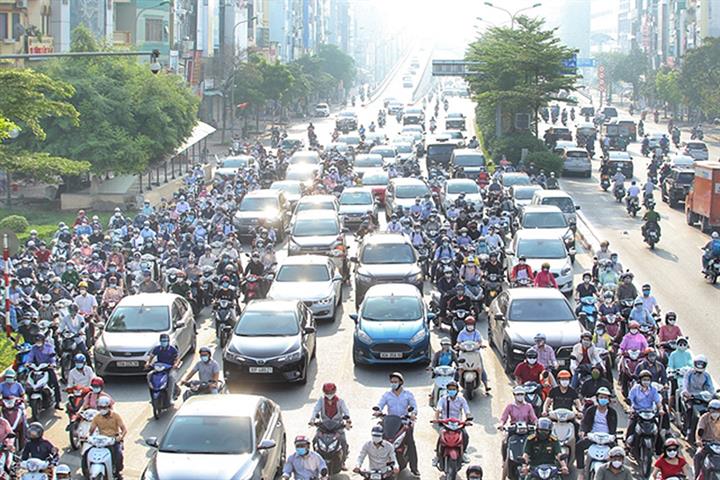 The new order index of China’s textile industry was 37.8 in the first quarter, dropping 29 points from the previous quarter, due to insufficient demand, according to a report recently released by a research institute of the China National Textile and Apparel Council.

China accounts for more than 70 percent of global silkworm cocoon and raw silk production but textile and apparel markets in some areas, including Zhejiang and Shandong provinces, have been closed temporarily this year to contain the latest waves of the Covid-19 pandemic, resulting in lower sales.

People in China are spending less on clothing amid regional Covid-19 restrictions. Apparel expenditures made up only 7.1 percent of residents’ total consumption in the first quarter, the lowest in the same period in recent years, according to data from the National Bureau of Statistics.

As China is taking its time to recover, Vietnam is catching up. In the first four months of this year, Vietnam's textile and apparel exports reached nearly USD11 billion, up almost 21 percent from a year earlier, a media outlet reported recently, citing Vu Duc Giang, chairman of the Vietnam Textile and Apparel Association.

Vietnam has been receiving a considerable number of orders from India, Thailand, and Pakistan as its silk processing capacity is growing with lower labor costs than in China.

However, globalization means that it is not so clear who are the winners and losers as even Chinese companies are moving to Vietnam. Chinese firms account for half of Vietnam’s silk reeling capacity, according to an industry insider. Some Chinese factories have moved to India but the South Asian country's climate is not as suitable for silkworm farming as that of Vietnam's. Moreover, there are cultural differences, the person added.

Vietnam has preferential tariffs and low labor costs, which is why Chinese companies choose to relocate their plants there, a director of a leading Chinese silk weaving firm said to Yicai Global. The tariff is zero for textile exports from Vietnam to India, while it is 13 percent from China to India.

Vietnam has a lot of mature labor force, said the director. The local daily salary is about CNY100 (USD15) whereas in China it ranges from CNY150 to CNY200, the executive added.