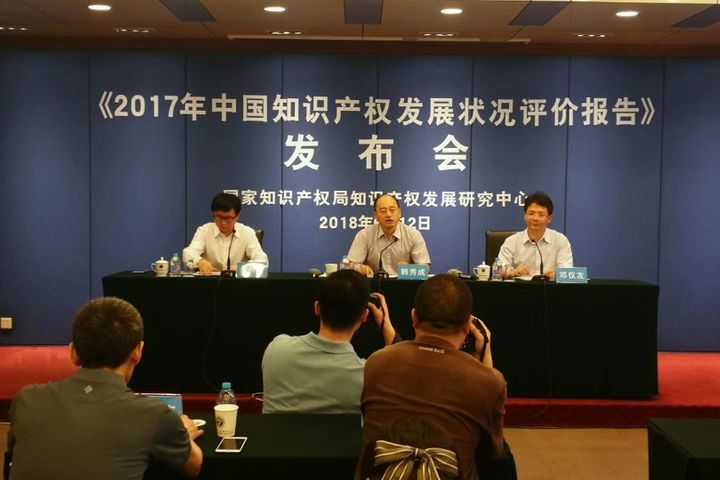 China's progress in the IP field has steadily increased and the country already ranks in the middle and upper reaches among global competitors, according to the 2017 China Intellectual Property Development Status Evaluation Report published by the State Intellectual Property Office in Beijing yesterday. In the past five years, the US, Japan and South Korea have held the top three positions.

The SIPO's IP Development Research Center compared the development of intellectual property in 40 countries, including 34 from the Economic Cooperation Organization, the five emerging BRICS economies (Brazil, Russia, India, China and South Africa), as well as Singapore.

The comprehensive development index of China's IP gained an annual 9 percent to 218.3 last year (100 was set as the basis point for 2010). The indexes for creation, utilization, protection and environment all jumped, especially those for creation and development.

Last year, the creation index was 216.5, an increase of 27 percentage points over the previous year. According to Han, China's patent maintenance rate in 2017 reached 60 percent, an increase of 3.9 points from a year earlier, while the number of patent applications per 10,000 population reached 25.4, a 6.4 percent year-on-year gain.

However, Han also pointed out that among the sample of 40 countries, although China's IP capacity ranks it fourth, the country's IP environment index only ranks 29th, lagging far behind the forerunners.

The State Intellectual Property Office started to compile the IP development report from 2012 and released the first in 2013. So far, six reports have been made public.