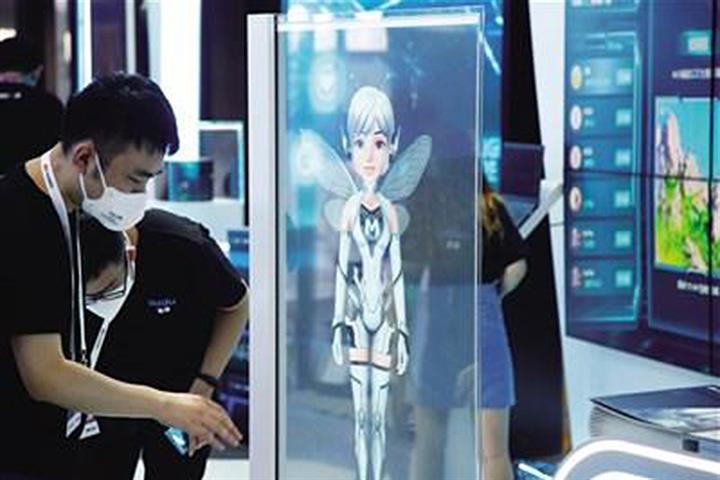 (Yicai Global) Sept. 2 -- More than 22 artificial intelligence projects have been signed at the ongoing 2022 World Artificial Intelligence Conference in Shanghai, with a total investment of more than CNY5 billion (USD724 million). They will be set up in China’s first pioneer zone for AI innovation application in the city’s Pudong New Area.

The new projects also include a drug research and development center to be launched by Beijing-based AI startup DP Technology, as well as an industrial internet platform by state-owned hydro power giant China Three Gorges, which will help industrial firms with their low-carbon transition, Yicai Global learned.

Pudong became China’s first pioneer zone for AI innovation application in 2019. The country’s most advanced algorithm platforms have come to Pudong over the past three years, and they provide services to the local manufacturers as well as small and mid-size businesses, Xia Yuzhong, deputy director of the Pudong Technology and Economy Committee, told Yicai Global.