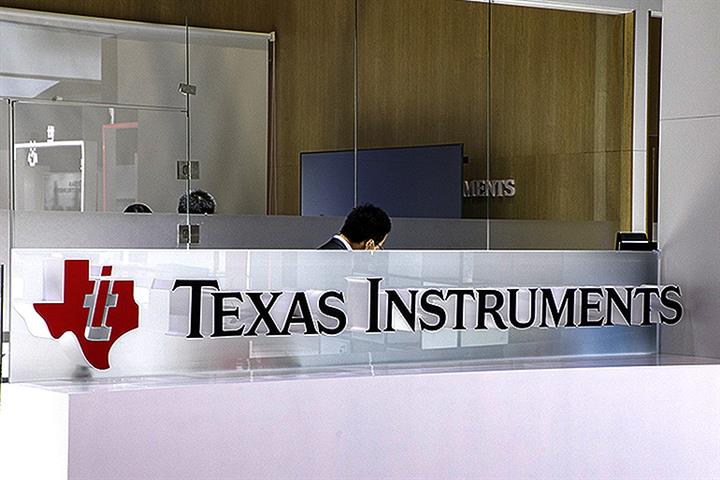 (Yicai Global) May 9 -- Texas Instruments has not dismissed any of its China staff, a subsidiary said in response to a recent report that that the US chip giant has dissolved its microcontroller research and development team in the country, sparking online debate about the possible decoupling of China-US semiconductor industries.

There have been no lay-offs, unit Texas Instruments Semiconductor Technologies Shanghai said in a statement sent to Yicai Global yesterday. China is the world’s most important market and Texas Instruments will continue to invest in the Chinese market. Its China employees are crucial to the firm’s success.

The Dallas-based company has discontinued its microcontroller R&D team in China and moved it to India, integrated circuit industry analyst firm JW Insights reported on May 7, citing an industry insider.

Rising Chinese rivals have nibbled away at Texas Instrument’s MCU market share in China, which used to be one of its best line-ups due to its localized operations, said Fang Jing, chief analyst for the electronics industry at Minsheng Securities. If the team has been dissolved, the team members will soon be snapped up by domestic rivals.

Texas Instruments also has two other R&D bases in Shanghai and some of the MCU research staff will likely be integrated into the light-emitting diode driver chip research team, the analyst added. "The MCU sales firm remains in Shanghai and Texas Instruments still has MCU-related businesses in other parts of China. So, the word 'dissolution' is not accurate," he added.

Texas Instruments was one of the first foreign firms to enter China 36 years ago. It has since built up a complete local support system in the country, including a manufacturing base in Chengdu, two products distribution centers, three R&D centers and almost 20 sales and technical support units.