Over 500 Workers Get Back to Building Tencent’s AI Supercomputing, Industrial Hub in Shanghai
Xu Wei
DATE:  May 17 2022
/ SOURCE:  Yicai 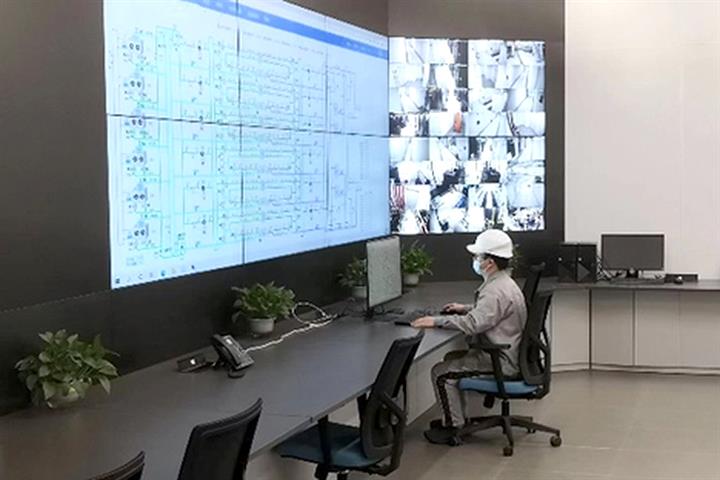 Over 500 Workers Get Back to Building Tencent’s AI Supercomputing, Industrial Hub in Shanghai

(Yicai Global) May 17 -- More than 500 construction workers are now back at work on Tencent Holdings’ artificial intelligence supercomputing center and industrial base in Shanghai after over 60 more were approved to return, putting it in the first group of major projects cleared to reboot in the city, according to a media report.

Nearly 457 staff had already been working on the project under a closed-loop system in which they work, eat and sleep on site to avoid Covid-19 infection, The Paper reported yesterday. The project was one of the first approved on May 3 to get ready to restart, it cited Li Xiao, eastern China regional manager at Tencent Cloud, as saying.

Shanghai published a white list on May 3 of 24 major construction project cleared to restart, including large green data centers for Tencent and Alibaba Group Holding, and a chip-making plant of Semiconductor Manufacturing International Corporation.

The contractor on Tencent’s project has been working to ensure its safety and progress, the report added, citing the project manager.

The construction area exceeds 500,000 square meters and as some work is at a critical stage, a long delay could cause irreversible risks, the manager said. After hearing about this, the city authorities decided to give the green light for work to resume under Covid-19 restrictions.

The project is in the economic and technological development zone of Shanghai’s Songjiang district. Once completed, it will be China’s largest and most influential data park, undertaking various tasks in AI, instant messaging, image processing, and scientific computing, while providing cloud computing services with powerful data processing capabilities.

To ensure the timely delivery of concrete and other construction materials to the project, the transport department of Songjiang district, has opened a green channel, the project manager added.