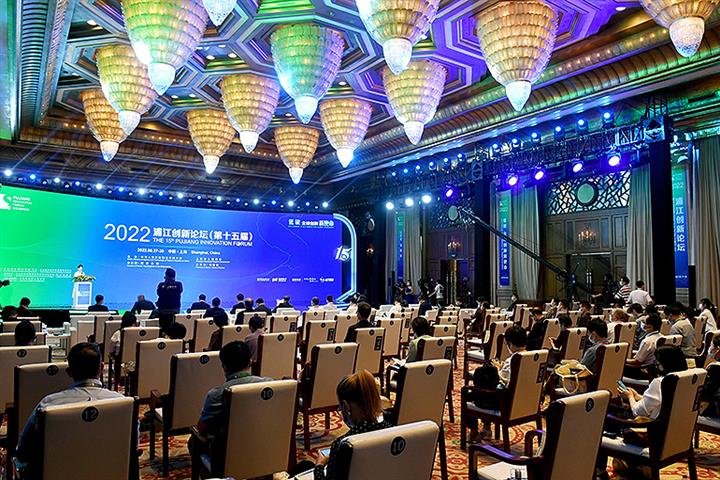 Shanghai Nearly Quadruples Number of Top Scientists in Past 10 Years to Rank No. 2 Globally

(Yicai Global) Aug. 29 -- The number of high-level scientists based in Shanghai almost quadrupled in the decade to 2021, ranking it second among 20 major cities worldwide reknowned for their prowess in scientific and technological innovation.

Shanghai had 8,000 more top scientists last year than in 2012, up 284 percent, according to the 2022 Ideal City Global High-Level Scientists Analysis Report jointly published by the Shanghai Institute for Science of Science and Springer Nature on the first day of the 15th Pujiang Innovation Forum on Aug. 27.

Beijing ranked first, followed by Shanghai, London, New York, and Shenzhen, according to the report. The number of Beijing-based scientists listed as authors of articles published in journals included in the Nature Index rose to 23,838 in 2021 from 7,552 in 2012, a 216 percent increase. The number of high-level scientists in Shenzhen and Hong Kong surged 344 percent.

Shanghai formed a global highland where top-level scientists are concentrated, said Chang Jing, a researcher at the SISS. Talent inflow is related to the policies the local government implemented in the past couple of years, she noted, adding that scientific research bodies in Shanghai are influential, having the power to attract talent across disciplines.

But Chinese cities still lag their counterparts in developed countries for the diversity of global talent, Chang noted.

Shanghai excels in attracting overseas talent. Throughout the decade, more top scientists moved to Shanghai from key cities in developed countries than left it. The impact that papers published by Shanghai-based scientists in journals included in the Nature Index jumped 450 percent in the period.