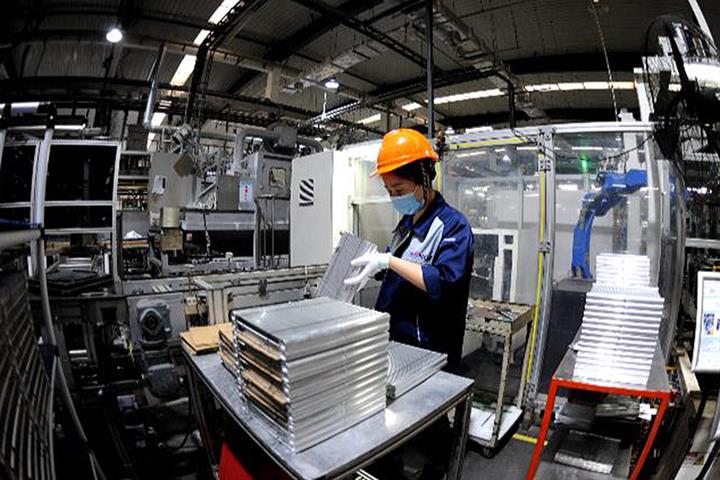 (Yicai Global) May 20 -- As production resumes at automakers in Shanghai such as Tesla and SAIC Motor following the city’s weeks-long lockdown, more than 1,100 supply chain companies have also restarted operations and output.

The way that Shanghai-based carmakers have spurred key auto parts suppliers to resume production supports the continuous and stable operation of related industries in the city, the Yangtze River Delta, and even the country, Vice Mayor Zhang Wei said at a press conference yesterday.

Shanghai produced 2.8 million vehicles last year, accounting for 10.7 percent of the country's total output, making it the second-largest auto production center after Guangdong province and home to the world's top parts suppliers. But both car production and sales stood at zero last month because of Covid-19 restrictions.

SAIC stress tested its return to work on April 18, in which original equipment manufacturers, parts makers, and some logistics firms were involved. The critical supply transfer centers in Shanghai, Zhejiang and Jiangsu provinces, built and operated by SAIC's Anji Logistics, were put into operation. Each of the six hubs covers an area of about 5,000 square meters and ensures the movement of 30 vehicles carrying more than 20 tons of supply.

All of the automaker’s units, including SAIC Passenger Car, SAIC General Motor, and SAIC Volkswagen, are expected to gradually resume normal operation later this month, with production and sales striving to return to year-earlier levels, the firm said on May 17.

Baolong Automotive, a components made based in Shanghai’s Songjiang district, has 450 out of 500 assembly line workers back on the job, with production capacity back to between 65 percent and 70 percent, Board Secretary Yin Shunfei told Yicai Global. Production will soon return to year-earlier levels, he added.