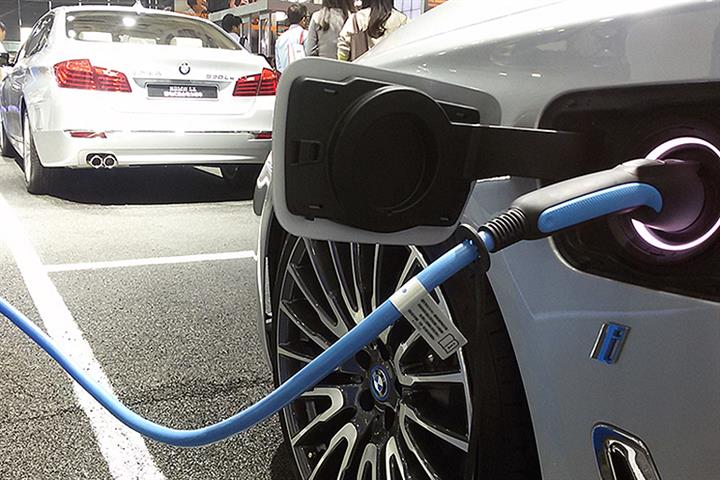 (Yicai Global) Nov. 28 -- Buyers of plug-in hybrid electric vehicles in Shanghai, China's biggest market for such semi-green automobiles, will no longer be able to receive free license plates from next year as the eastern city is raising the bar for its new energy vehicle support.

The policy for NEV license plates will be adjusted to accommodate more battery electric vehicles and fuel cell vehicles on the limited roads, encouraging green and low-carbon mobility, Qiu Wenjin, deputy director of the Shanghai Municipal Development and Reform Commission said earlier. From Jan. 1, new PHEV purchasers need to pay at least CNY90,000 (USD12,491) to participate in a plate auction.

Chinese auto brands such as Li Auto, Aito, BYD, and Roewe are working hard to encourage consumers to buy PHEVs during the last month of the policy.

The new policy will have very little impact on Shanghai's NEV market, said Cui Dongshu, secretary general of the China Passenger Car Association. The earlier policy required each buyer to own a changing pile but no registered fuel vehicle.

PHEVs could be seen as a milestone on the road to increasingly green vehicles. A PHEV is nearly similar in terms of costs to a NEV but it has great advantages over gas-powered vehicles, BOC International China said in a recent research report. Sales of PHEVs will be almost 6.1 million units by 2025 with a compound annual growth rate of 52 percent from 2021 to 2025, making up 19 percent of all passenger vehicle sales.

China’s retail sales of NEVs totaled nearly 3.9 million units in the first nine months of this year, more than doubling from a year earlier. The figure included 914,000 PHEVs, rising by almost three times. Shanghai had a 32 percent market share in the country as of January 2021.