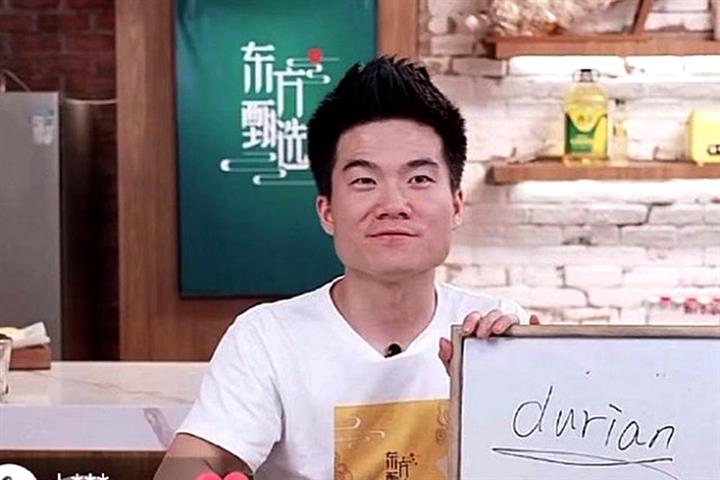 (Yicai Global) June 23 -- New Oriental Education and Technology Group hit the headlines recently when its new mix of English lessons with livestreamed e-commerce went viral, pushing up the share price of its unit more than six-fold. In the long run, the Chinese edtech firm will focus more on developing its own line of products, rather than selling those from other brands, the CEO of the company's live streaming platform told Yicai Global.

New Oriental is considering building its own supply chain and developing its own products, Sun Dongxu said. Ensuring a high-standard of service is all important and the live sales studio will carefully monitor its sales activities, he added.

Subsidiary Koolearn Technology Holding whipped up a media storm earlier this month when the host on its new livestreaming room on TikTok’s Chinese version, Douyin, gave 135,000 viewers English lessons while at the same time flogging CNY301,000 (USD44,670) worth of books, smart software and learning devices on June 10, two days after it opened.

And the same formula on its farm produce live sales studio Oriental Select, set up at the end of last year, also had good results the same day, shifting CNY15.3 million (USD2.2 million) worth of commodities to an audience of 108,000 people.

Oriental Select is not aiming for high profits, because it may be hard to control the quality and safety of some products and the firm does not want to jeopardize its reputation, Sun said. Although farm produce has a low profit margin, it can make money through bulk sales.

Oriental Select has already reached an agreement with big courier firms to prioritize the delivery of the products it sells during live streaming. But the long-term plan will only become clearer as the popularity of live sales becomes more stable, he added.

Some analysts believe that the recent fall in stock price is due to investors cashing in. The valuation of Koolearn is too high, said Ye Shangzhi, chief strategist of First Shanghai Group. Whether its new niche proves successful remains to be seen, he added. And China Merchants Securities has downgraded Koolearn to neutral with a target price of HKD26.70.

Short-term fluctuations in the share price are not a big concern as the stock market is itself in flux, Sun said. In the long run, though, the stock price is the result of performance.