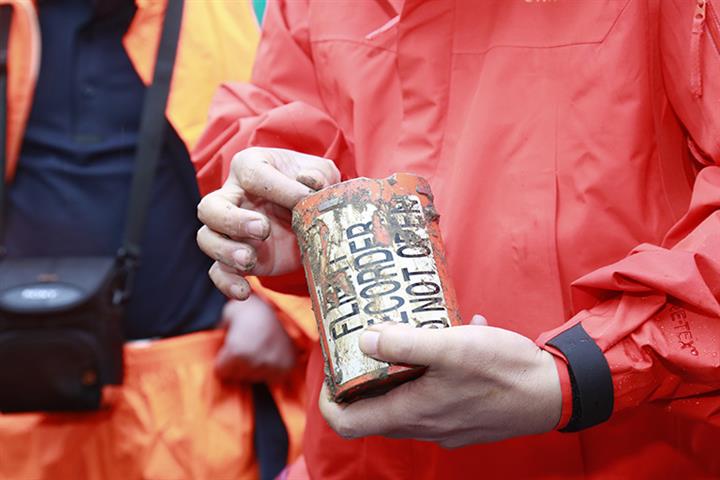 (Yicai Global) May 18 -- No information has been released yet from the ongoing investigation into the China Eastern Airlines aircraft’s downing in March, killing all 123 passengers and nine crew members on board, China’s civil aviation authorities said today in response to a report in foreign media detailing a deliberate nose dive. It is too soon for conclusive results to be reached, industry experts said.

Staff from the US’ National Transportation Safety Board participating in the probe have confirmed they haven’t released any information to the media, the Civil Aviation Administration of China said. The US team was invited to help in the investigation as it is where the aircraft was designed and manufactured, it added.

“Flight data suggests someone in the cockpit pushed the Boeing 737-800 into a near-vertical descent,” the Wallstreet Journal reported yesterday, citing a preliminary US assessment.

Flight MU 5735 was enroute from Kunming in southwestern Yunnan province to Guangzhou in southern Guangdong province on March 21 when it suddenly lost contact with ground control. It came down in a remote mountainous area in Wuzhou, southwestern Guangxi Zhuang Autonomous Region. The two black boxes were severely damaged in the crash and data retrieval and analysis is still under way.

Investigations into such plane accidents usually take years to be concluded, industry experts told Yicai Global. The CAAC didn’t publish its final report into Sichuan Airline’s burst windshield that forced the aircraft to make an emergency landing until two years later. It is irresponsible and unreliable behavior to speculate on the root cause of a crash based solely on partial evidence, the experts said.

"At present, the accident investigation team is carrying out detailed analysis of the wreckage, flight data and other evidence according to standard procedure," Global Times reported today, citing the CAAC.

CAAC will continue to maintain close communication with all parties involved, carry out a scientific and rigorous probe and disclose progress in an accurate and timely manner, it said.