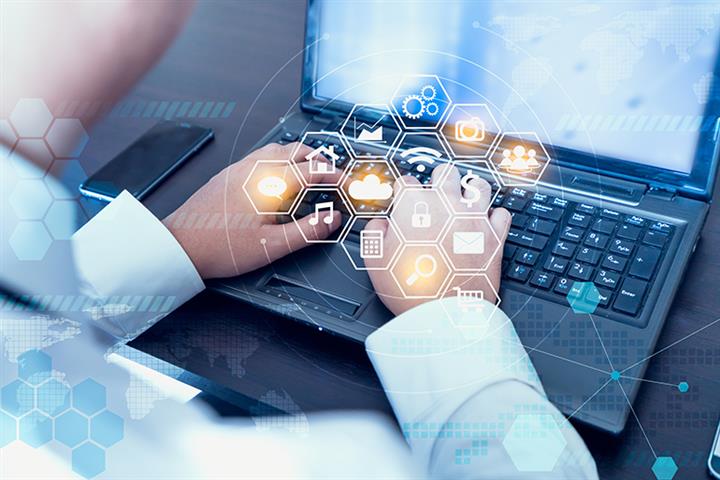 (Yicai Global) June 23 – Individuals from across China have been depositing as much as millions of Chinese yuan, equivalent to hundreds of thousands of US dollars, into accounts in central Henan province’s rarely heard-of rural banks. Third-party platforms run by Chinese internet and fintech giants such as Baidu, JD.com and Lufax are playing an important role in guiding the funds to these lenders, which offer an above-average interest rate.

Yuzhou Xin Minsheng Village Bank, Shangcai Huimin Village Bank, Zhecheng Huanghuai Community Bank, and the New Oriental Country Bank of Kaifeng all came to the public eye recently after a number of depositors were unable to withdraw cash as their Covid-19 health codes inexplicably turned red, preventing them from leaving their homes. This sparked an investigation into an organization called New Wealth Group whose owner has stakes in the four banks. (Read more about New Wealth Group: https://www.yicaiglobal.com/news/henan-police-probe-new-wealth-gang-after-bank-clients-covid-codes-turned-red)

Funds are being directed to these four banks through over 30 third-party channels, such as Baidu’s DuXiaoman Financial, JD.Com’s JD Digits, Ping An Insurance (Group)’s Koudai Bank, Trip.Com's Ctrip Finance, smartphone makers’ e-wallets, such as Xiaomi Finance and Oppo Wallet and internet financial platforms Binhai (Tianjin) Financial Assets Exchange and Lufax Holding, according to documents from these banks. And several depositors told Yicai Global, that they are offering rates of around 5 percent a year, much higher than most banks.

Third-party platforms must have a financial license in order to sell wealth management products, but there is no such requirement for selling deposit products, where they mainly play an introductory role.

Some platforms, such as JD Digits, charge an introductory fee per client. But most, including DuXiaoman and Lufax, charge a proportion of the deposits, an ex-employee of a third-party platform told Yicai Global.

Wang Feng and her family had deposited more than CNY600,000 (USD89,781) in the four Henan banks as of December 2020, she told Yicai Global. They bought five-year fixed-term deposits through DuXiaoman at an annual interest rate of 4.8 percent which are protected by a ‘deposit insurance,’ she added. According to Chinese law, deposits of over CNY500,000 in a single account are covered by deposit insurance and can be fully redeemed.

Wei An deposited CNY100,000 (USD15,000) in Shangcai Huimin Village Bank through a wealth management platform Wacaibao. His savings, though, stopped bearing interest from May 29. “There is no reason to be concerned,” the app’s customer service responded. “Wacaibao has penned cooperation agreements with the bank, and all savings products are protected by the country’s laws and deposit insurance.”

Yuzhou Xin Minsheng Village Bank, Shangcai Huimin Village Bank, Zhecheng Huanghuai Community Bank and the New Oriental Country Bank of Kaifeng each announced on June 20 that they will ‘start online registration of clients from now on to conform with requirements by financial authorities’ in an effort to offer more transparency.

Last January, the financial regulator stipulated that lenders must not sell fixed-term deposits on non-self-operated online platforms” and “those products that had already been sold before the new ruling was issued will be discontinued once they are due,” Liu Anbang, partner of DeHeng Law Offices, told Yicai Global. Third-party platforms’ liability, should they be found to have defrauded depositors or participated in the unlawful collection of public funds, will be determined based on the role they played.

If New Wealth is found guilty of illegally seizing public deposits, the money will be frozen and returned to depositors, although there is a risk that they might not get their money back, Liu said.

(Names have been changed to protect the person’s identity)