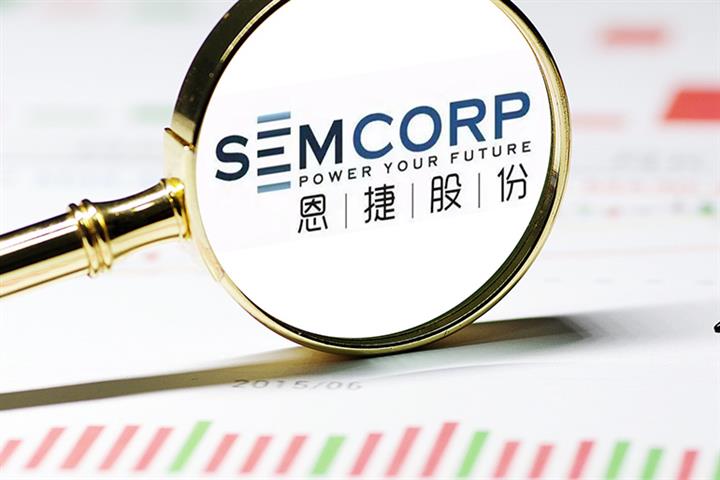 (Yicai Global) Nov. 23 -- The recent placing of the chairman and vice chairman of Yunnan Energy New Materials under residential surveillance by Chinese police may have to do with over CNY1 billion (USD140 million) of missing assets connected with a company acquisition four years ago, Yicai Global has learned from multiple sources.

Shares in the leading Chinese lithium battery separator supplier continued to slide today. Yunnan Energy’s share price [SHE:002812] sank by a further 7 percent, ending the day at CNY130.36 (USD18.23), after falling by the exchange-imposed limit of 10 percent yesterday. The stock is now at an 18-month low.

Chairman Paul Lee, who has US citizenship, and Deputy Chairman Li Xiaohua, are two brothers who were the richest and second richest men in Yunnan province last year, according to the Hurun Rich List. Paul Lee had amassed wealth of CNY72.5 billion (USD10.14 billion) and his brother CNY54 billion.

They are now the subject of a police probe and are living under surveillance in a location designated by the police, Yunnan Police said on Nov. 21, citing family members without giving any further information.

The probe has now been extended to include the former Party secretary of a municipality in eastern Jiangxi province, Yicai Global has learned. And it might have to do with over CNY1 billion of assets that were left unaccounted for when Yunnan Energy bought a company called Jiangxi Tongrui New Energy Technology Development in November 2018.

The takeover took place just one year after Jiangxi Tongrui was established in Gao’an, Jiangxi province. In those short 12 months, the company was awarded more than CNY1 billion in government funding and guaranteed loans. Yuan Hegeng, who was Party secretary of Gao’an at the time of the founding of Jiangxi Tongrui and its sale to Yunnan Energy, is said to have been deeply involved. He is also said to have authorized the sale of more than 200 square meters of prime land to Jiangxi Tongrui as a ‘symbolic consideration.’

However, when Yunnan Energy bought the company for the modest sum of CNY200 million (USD28 million), Jiangxi Tongrui only declared CNY131 million in assets, and there was no trace of the other funds.

Yuan was dismissed from the civil service last month for a serious breach of duty and on suspicion of accepting bribes. The roles of Yunnan Energy and the Lee brothers in the case have yet to be established and the investigation is ongoing.

Yunnan Energy has not yet responded to Yicai Global’s queries. The publicity department minister of the Gao'an Municipal Party Committee, Gu Hongling, has said she is unaware of the matter.

Yunnan Energy was the biggest lithium battery membrane producer in the world last year at three billion square meters. As orders from electric carmakers boom, the firm has been rapidly hiking capacity. It has started building its first overseas plant in Hungary and it is constructing another factory in China together with battery giant Contemporary Amperex Technology in Xiamen, southeastern Fujian province.