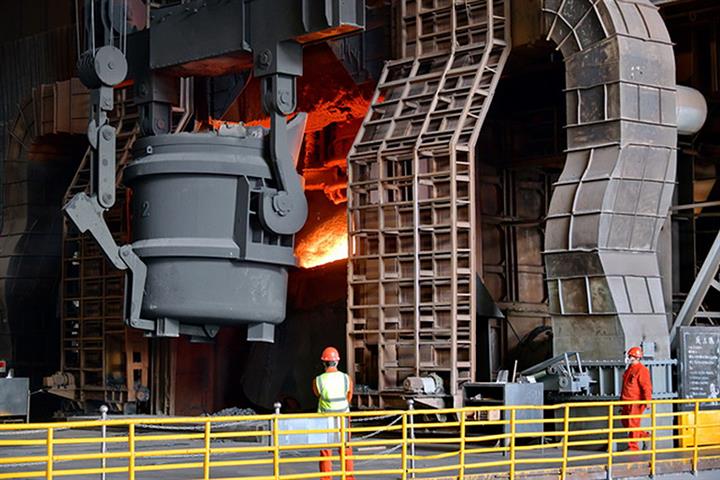 (Yicai Global) May 19 -- The European Union brought forward and broadened the scope of its proposed carbon dioxide emissions tariffs on the imports of polluting goods yesterday and this is expected to significantly raise the cost of China’s exports in energy-intensive industries, experts said.

The latest version of the Carbon Border Adjustment Mechanism will start in 2025, a year earlier than originally planned, and will encompass organic chemicals, plastics and hydrogen sectors in addition to the existing five high-carbon products of electricity, cement, aluminum, fertilizer and steel.

It will have a much greater negative impact on China’s imports and China, as the EU’s biggest trading partner, is likely to be the country that is most affected, said Zhang Jianhong, a senior engineer at China International Engineering Consulting Corporation.

The levies, designed to protect EU industries from cheaper imports made by countries with less strict emissions policies, would impose a 3.3 percentage point increase on China’s steel exports which could then slump by 14 percent. While tariffs on non-metallic minerals would be equivalent to a 5.7 percentage point increase and exports would probably plunge by a quarter.

The revisions have also done away with the free emission quota by 2030 and will extend the tariffs to all sectors of the EU carbon market by 2030, said Wu Bixuan, a senior partner at Hiways Law Firm.

The tariffs are not in line with the World Trade Organization's most-favored-nation principle, with different rates for different countries, and this could become a tool to create trade barriers.

They require exporters to provide carbon emissions data of their products, but this would undermine industrial security as much of this information is confidential. Once leaked, it could potentially endanger China's information security.

The levies will make it difficult for China to permit manufacturers from developed countries to relocate factories to China at a low cost, which will affect the country's industrial low-carbon transformation and upgrading.

China mainly exports electromechanical goods, textiles, metal products and chemicals to the EU. Last year, its exports amounted to EUR472 billion (USD494.8 billion), a gain of 37 percent year-on-year, and accounting for 15 percent of all China's exports and 25 percent of the EU's total imports.