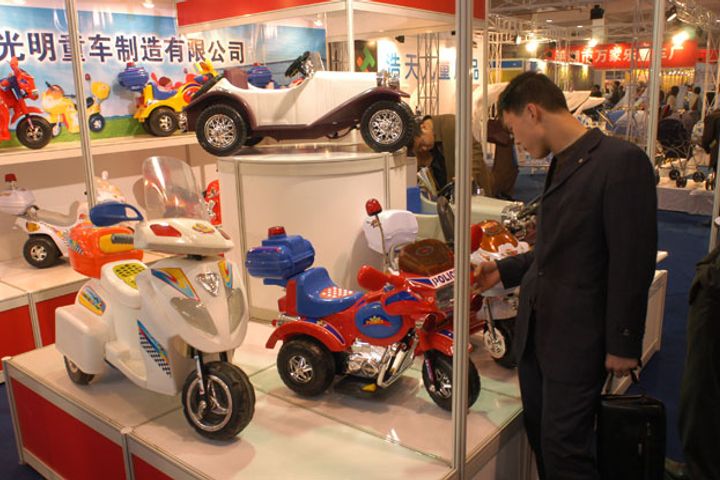 Sales of Chinese toys have increased by 9.2 percent to CNY60.7 billion (USD9.16 billion) so far this year, according to a market survey conducted by China Toy & Juvenile Products Association and the Chinese arm of German market researcher GfK SE [ETR:GFK], the fourth largest in the world.

Exports of Chinese toys hit USD26.39 million in the first eight months, up 37.06 percent on the year, according to data from the association.

There have been several positive areas helping the market recently, Liang Mei, chairman of the association, told Yicai Global. First is the introduction of a 'second child' policy, which resulted in 1.91 million additional births in China last year. The second is the spending power of young parents, those born in the 1980s and 1990s, he added. They are willing to pay a premium for products that are specially designed to meet their children's development needs. Investment is the third strong point. More Chinese and international brands are willing to put their money into product development for China as they become increasingly aware of the importance of its consumer market.

"Our sales grew fastest in Europe this year, at about 40 percent. That's higher than the 30-percent growth we got in the domestic market," said Song Zheng, founder and chairman of leading Chinese toymaker Goodbaby Group Co. "Application of high technology in product development and innovation will be our top priority going forward."

Bell Education Group has created two programing robots for kids, Rebot and Mabot, which will be released by year-end.

Programing toys have been very popular among children in recent years, said Ma Xueying, Bell's marketing manager. The firm will seize the chance to instill a love of program and related skills in Chinese children, like their American counterparts. "Robotics education introduces children to the world of artificial intelligence. What we do prepares kids in China for the future, which will be a society of artificial intelligence."

Bell Education invests a lot in research and development, Ma said. "Qualcomm and several Chinese firms gave us USD80 million in A-round funding, and most of the money went towards R&D. We also built a research center in Shenzhen after the investment."