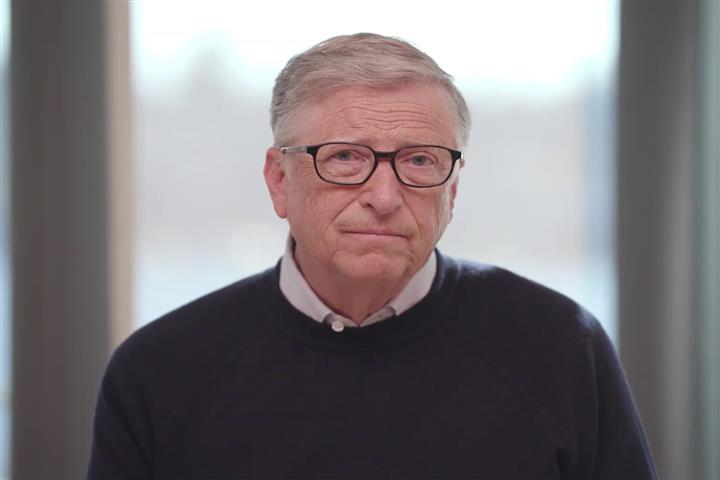 (Yicai Global) Sept. 13 -- China has made remarkable achievements in reducing poverty and improving its healthcare system, and has been harnessing innovations to help and provide resources to other countries, according to Bill Gates.

“China has incredible strengths, both in health and agriculture, and those can be incredibly beneficial to these developing countries,” the co-chair of the Bill & Melinda Gates Foundation told Yicai Global today.

“The way you organize agriculture when you can’t afford for it to be capital-intensive, China’s gone through that,” he said. “So educating African farmers about best practices is a huge opportunity.”

The Gates Foundation released a report today on the 2030 Agenda for Sustainable Development, which the 193 members of the United Nations unanimously adopted seven years ago. It stipulated 17 specific goals, including eradicating extreme poverty and slowing climate change before 2030.

Now halfway through, more than half of the goals have not been achieved, Amina Jane Mohammed, UN deputy secretary-general, pointed out.

Almost all key indicators could not be hit on schedule, the Gates Foundation said in the report. The goals set by the 2030 Agenda remain important and stalled progress is no reason to give up, Gates insisted.

The food problems of Africa, which does not have high agricultural output, have been exacerbated by the Russia-Ukraine conflict. When it comes to hunger, donations alone are not enough, the solution is more about innovation, the former Microsoft boss noted in the report.

Gates also said that with support from the foundation, some Chinese rice varieties have increased yields per hectare by more than 30 percent after landing in West African countries.

“Chinese science and agriculture keep getting stronger, so, even in this creation of new seeds, both the academic sector and the private sector have a big opportunity in a lot of the seed production-type technologies,” he said.

The goal of the project is to use China’s experience in rice research and planting to help African countries establish a rice seed industry system, Xu Jianlong, a researcher with the Institute of Crop Science of the Chinese Academy of Agricultural Sciences, told Yicai Global.

The idea is also to improve Africa’s commercial rice production efficiency, and ensure long-term food security and self-sufficiency, said Xu, who took part in the project.

In addition to agricultural development, Gates praised China’s achievements in healthcare, such as the anti-malaria treatment artemisinin. “Malaria is another area where artemisinin was discovered in China, and that’s been a key drug,” he said.

“We’re combining it with other drugs, but our Chinese partners are some of the biggest makers of these malaria drugs,” Gates said. “The opportunity is to move to a new generation, so we get ahead of the artemisinin and drug resistance that is starting to emerge.

“Given the common goal of helping these poor countries, there are a lot of ways that China can engage,” Gates added.