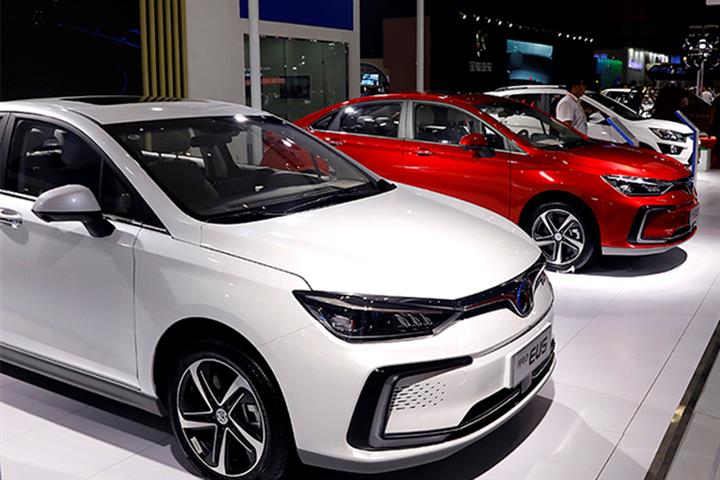 (Yicai Global) Nov. 28 -- China’s retail sales of passenger vehicles are likely to increase just 2.4 percent this month from a year earlier to 1.9 million units, according to the China Passenger Car Association.

Sales of new energy vehicles are expected to jump 59 percent to about 600,000 in November, with a penetration rate of around 32 percent, the CPCA said in a recent forecast.

Last month, 1.8 million passenger cars were sold, up 7.5 percent from a year ago but down 4.2 percent from September. NEV sales surged 75 percent to 555,000 from the same period last year but fell 9.2 percent on the month. The penetration rate of NEVs was 30 percent.

Sales slowed despite the traditional year-end peak buying season, the CPCA said, attributing the sluggish auto market to the impact of Covid-19 in Guangdong, Chongqing, and Beijing, the provincial-level administrations that usually report strong vehicle consumption.

Daily sales in the first two weeks of November fell 9 percent and 12 percent, respectively, from a year ago, while those in the third week climbed 8 percent. Sales in the fourth week will likely remain flat, considering supportive year-end subsidies, especially in regions previously impacted by Covid-19.

Daily vehicle sales in the fifth week of the month will probably grow about 20 percent as carmakers step up efforts to hit targets before the policy halving the tax for buyers of fuel vehicles and new energy vehicle subsidies expire. The increase is also due to last year’s low sales performance caused by the auto chip shortage.

In mid-November, an overall 14.5 percent discount was offered in the passenger vehicle market. A lower profit margin than the 14.2 percent recorded a year ago also increased pressure on end-user sales.