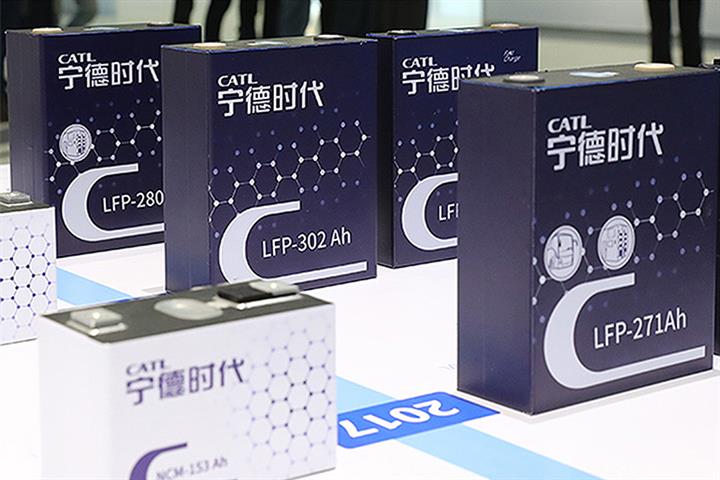 (Yicai Global) June 17 -- Shares in Contemporary Amperex Technology surged as much as 6.6 percent today after the Chinese electric car battery manufacturer said that it is about to bring out its new-generation Qilin battery cell whose capacity is 13 percent greater than the cells now used in US new energy vehicle giant Tesla’s autos.

The Qilin cell, which uses the firm’s third-generation cell-to-pack technology, has a higher energy intensity than battery packs of a similar size with the same chemical system, such as the 4680-format cells used by California-based Tesla, online news portal Huanqiu reported today, citing CATL Chief Scientist Wu Kai at an online forum yesterday.

The world’s biggest battery maker unveiled the new technology in March, saying that it will ensure high mileage at a low price. The Ningde, southeastern Fujian province-based company expects to start mass production of the 1,000 kilometer-range cells next year.

CATL led global sales of EV batteries in the first quarter, seizing 35 percent market share with an installed capacity of 33.3 gigawatt hours, according to SNE Research, a South Korean research institute focused on the battery market.